Until They Are Home

Kelsey Grammer narrates a documentary from Filmmaker Steven C. Barber chronicling the search for the remains of missing U.S. Marines of World War II killed in the Battle of Tarawa in November of 1943. “Until They Are Home” brings to light the extraordinary dedication of the Joint POW/MIA Accounting Command (JPAC) team members, largely unsung heroes who, until now, have been unrecognized while working in the shadows.  These young men and women returned in 2010 to the site of one of the most horrific battles of World War II in order to bring home fallen military heroes.  Their efforts on the island of Tarawa have provided some closure, recovering the remains of a few U.S. servicemen and flying those remains back to American soil. 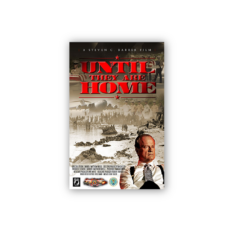