They Called Themselves The Battling Bastards of Bataan

This fully-illustrated account details all the major battles, decisions and outcomes as the Japanese military sought to collapse the United States’ principal military enclave in East Asia and seize a country rich in natural and human resources for their Greater East Asia Prosperity Sphere. The planned 50-day campaign took 133 days because they underestimated the grit of their foes. Despite horrendous conditions, lack of air support, food and medicine, sheer grit compelled the Americans and Filipinos not to give up, even if the rest of the world had given up on them. 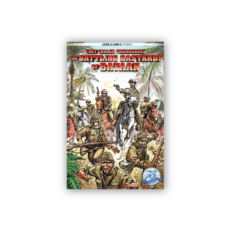 You're viewing: They Called Themselves The Battling Bastards of Bataan $4.95
Add to cart