Welcome to Avenger Field where daredevil female pilots led by flying ace and cosmetics giant Jackie Cochran battle in the sky and on the ground during WWII to overcome the enemy, whether it’s fascism, a hostile society, a sabotaged plane or even themselves.

Avenger Field was the top secret Air Force training base in Sweetwater, Texas, where American female pilots flew military aircraft in World War II. They were a diverse and eccentric group with a passion for flight and a love of country. A gripping teleplay based on the real-life adventures of these remarkable women. 174 pages, hardcover.

About the Authors: A writer, producer and director for film and television, Kimberley is CEO of Big Screen Entertainment Group. She gets her sense of story from a background in acting, having appeared in several major projects from Seinfeld to The Larry Sanders Show and making her movie debut as one the princesses in iconic film Bill and Ted’s Excellent Adventure. A multi-award winning writer for stage, screen and magazines who also has bestselling books under his name, Sandro is frequently seen on TV where he is a movie expert for BBC World News and CNN International. He was a longtime BAFTA LA board member and most recently directed the documentary Tech to the Future, launched at the 2022 Cannes Film Festival. An acclaimed writer and director whose work frequently draws from true stories and historical events, her films have won several awards and been screened at Academy Award winning festivals. Catherine holds an MFA in Directing from the American Film Institute, was a Fulbright Scholar and two-time BAFTA LA scholarship recipient. 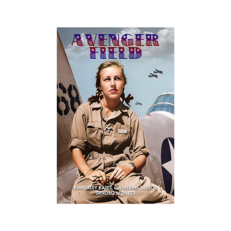