They Did It For Honor: Stories of American WWII Veterans

SKU: 047 Category: Hanover Books
The second book in the WWII Legacies series has stories with 100+ photos, many never-before-published, including one taken during the liberation of Buchenwald.
More than 80 years have passed since the US was attacked by Japan at Pearl Harbor and declared war on the Axis powers. Most of the 16.5 million Americans who fought in World War II in dozens of countries are nearly gone. That includes their stories of service during the war. Kayleen Reusser has gathered 34 of the most exciting, intriguing tales from her 200 interviews with World War II vets. The men and women featured in this book served in every American military branch — Army, Navy, Marines, Army Air Corps, Coast Guard and Merchant Marine from 1941-1945 with harrowing tales: A Pearl Harbor survivor related what it was like that dreadful morning of December 7, 1941, when the world suddenly changed and his life was threatened; an Army medic endured mustard gas testing by his own government on American soil- and survived to treat injured soldiers in Europe; a Navy steward learned his country’s rules of engagement depended on the color of one’s skin; an Army Air Corps pilot’s 44th bombing mission involved flying over Normandy on D-Day; a sailor aboard a destroyer helped sink an infamous German U-boat; females who enlisted learned that many thought it was a ‘man’s war’ but persevered. Quotes from the veterans of what it was like to fight in a war so far from home, often seeing and doing things that were strange and sometimes frightening, can help people in the 21st century understand what it was like to serve overseas for years at a time with little contact from family and friends. It can also develop a renewed appreciation for the honor it took of serving one’s country and fellow man.
Softcover, Format: 8-1/2″ x 11″ 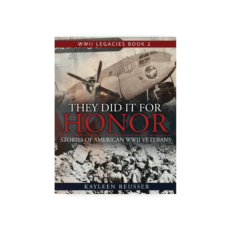 You're viewing: They Did It For Honor: Stories of American WWII Veterans $17.95
Add to cart
Stalingrad 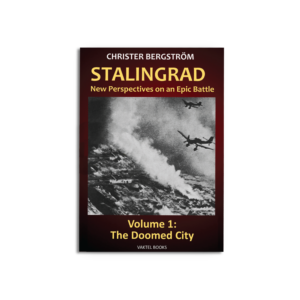